The current trend toward increasing segmentation

Adriaan Brits analytics Comments Off on The current trend toward increasing segmentation 3,595 Views

An increasing trend, particularly now, is that of segmentation. This as the digital marketplace is becoming more niche than before. In addition, people looking for a product can find what they are looking for rather easy, more so, if they cannot find that they are looking for nearby then they will buy the product online and have it shipped to them. Therefore, entrepreneurs should be fully aware of the trend towards segmentation, as it has the capability to become more aware of who the target audience of the company really is.

Segmentation is a strategic approach within the marketing field. But many companies feel that segmentation would not be practical as their market is too small to segment it, therefore it would not be worth their effort in doing so. Rather than a one size, fits all approach would work just fine. Nevertheless, as these type of entrepreneurs try to target a broad, almost trying to be everything to everyone, they fail to meet the demands of the modern consumer. Then again, smaller companies that need to find innovative approaches to compete with their larger competitors are using a segmented strategy and dong rather well.

Dividing or segmenting the company’s market into different groups, such as demographic of age, sex, education, income, ethnicity, occupation, wealth is one. Another would be psychology, as in personality and the emotions of the customer. This is their hobbies, leadership traits and attitudes. To gauge these psychological traits, more intense research such as interviews, surveys and consumer data might be needed. However, in the end, the company would be able to understand who the consumer really is. Otherwise, another division group could lifestyle. Here entertainment, vacations and hobbies can be included. A fourth group could be beliefs and values, and using indicators such as religious, political and cultural beliefs and values. Nevertheless, another group can be life stages. In this group, a chronological benchmarking can be made indicating the different stages of a person. Otherwise, the group geography can be used to group consumers. Here it is down to the region, are, city or rural areas, the number of people within the urban area, as well as the climate. Behavior can also be used as a group. This would be the nature why a consumer brought a product, and to understand that. But also to look at the customer’s brand loyalty, the benefits they are looking for, and their usage level. Lastly, another group can be benefit. This is the benefits of use and the satisfaction the consumer has gained after buying a product or using a service.

The benefits of having segmentation is that the company can target the consumer better. This means a company will review the commercial attractiveness and potential of the different segments. But also that the message that is used to target a group can be adjusted towards that groups, and jargons that are relevant to that group can be added to the message. This would mean that a higher acceptation would be possible.

But through segmentation, product placing would also be possible. And this would indicate a market opportunity better. Therefore products can the designed better to match the segmentation that is targeted.

Still. Other benefits of segmentation could offer is that cost effective and effective advertising campaigns can be applied. But the company can have a better understanding of their market position, and the perception costumers has about a company and the brand they have developed. But also an understanding of the competition’s companies. Plus, marketing strategies can be improved.

As such, companies need to look particularly at email segmentation. This is since improved email marketing segmentation would imply that the company could look beyond the obvious, and rather send over relevant information. So, in an e-commerce business, based on what a consumer have brought before adverts can be emailed to that consumer rather than sending the person irrelevant material.

The bottom-line. Segmentation is increasing, and this current trend would mean that a customer could be targeted better. This through the use of emails that can almost bespoke to the group that will be targeted. As a result, a company can increase their profits as they are speaking directly to their market for that product of that service. Still, by having an increased segmentation is that a company can communicate with that target group and gauge what they think of that company or its competition, so they can alter their approach and build the brand better.

NOTE: Thanks to my apprentice Andy for contributing this from our recent bootcamp! 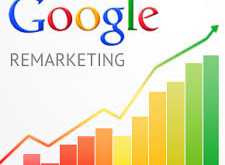 Digital marketing audit: How to tackle Google ad fraud and obtain a refund 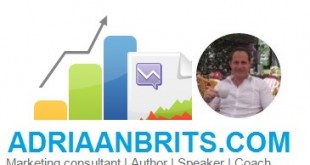 10 Tips for Remarketing with Google Adwords and Analytics

Why Analytics is your best friend

When I start working with new clients, one of the first things we do is …